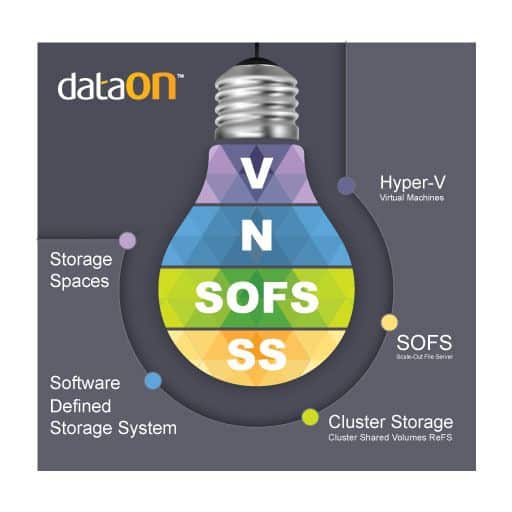 This is the first post in a series of DataON blogs on the how to build solutions that help your transition from aging and expensive storage area network (SAN) technologies such as iSCSI, Fibre Channel (FC) and Fibre Channel over Ethernet (FCoE), to cost effective scale-out solutions that leverage Microsoft’s Storage Spaces. In this blog series, we are focused on three key points:

The team from DataON will discuss how you can start using the current Microsoft Windows Server 2012 R2 and at the same time prepare for your eventual transition to Microsoft Windows Server 2016. On an upcoming webcast, May 24th, the IT team at the Rose-Hulman Institute of Technology will discuss how and why they transitioned from their antiquated iSCSI SAN to a high performance, high resiliency and scalable storage strategy that leveraged Microsoft Storage Spaces, HGST flash and SMB3 networking for application acceleration. To make this choice, the team worked with DataON to examine Microsoft’s cloud, application and storage roadmaps and decided that an early move to Microsoft’s Scale-out File System (DataON SOFS-Platform) enabled them to implement a cost-effective storage solution today, create the ability to scale and optimize for their future implementation of Microsoft Windows Server 2016 and 2016 based applications such as SQL, Exchange and SharePoint. Thursday we will continue this blog series, webcast and case study, where the IT team will share its goals, challenges and results for moving from iSCSI SANs to SDS using Microsoft certified DataON SOFS-Platform for Storage Spaces which include:

to be continued on the next blog…