Microsoft Ignite kicked off with 50,000 of your closest friends and Beyoncé for a week-long festival of all things Microsoft, covering everything from Office to the Cloud.  A week removed from Microsoft Ignite 2016, many of us are still riding high. We’re beyond excited for releases such as System Center 2016, new security features for Azure, and finally Windows Server 2016.

For us and many others the GA release of Windows Server 2016, the next step in deploying a Microsoft Software-Defined Data Center, was the most exciting announcement. With Windows 2016 came its Software-Defined Storage component Storage Spaces Direct (S2D).

We were not the only ones who were excited about Windows 2016 and S2D, tech leaders Claus Jorgenson and Cosmos Darwin, held a session diving into S2D and all of its uses.

So anxious to begin work with S2D which we showcased with three different offerings from our S2D-3000 product family.

DataON S2D-3110 for Hyper-Converged Premium is our ultra-high performance Hyper-Converged Cluster Appliance (HCCA) for Storage Spaces Direct. Deployed in a 4 node cluster, with all NVMe flash drives, the S2D-3110 can provide 2.4 million IOPS on VM Fleet. 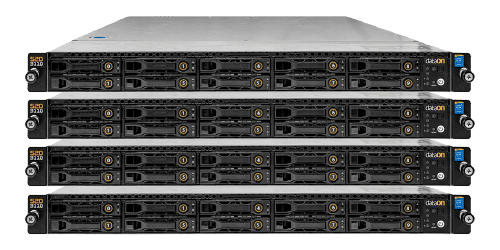 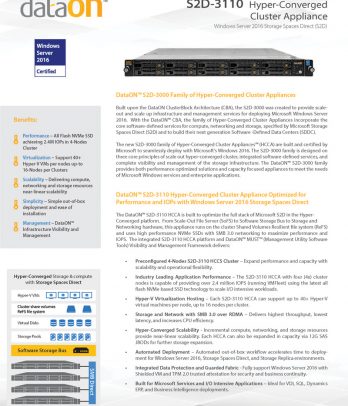 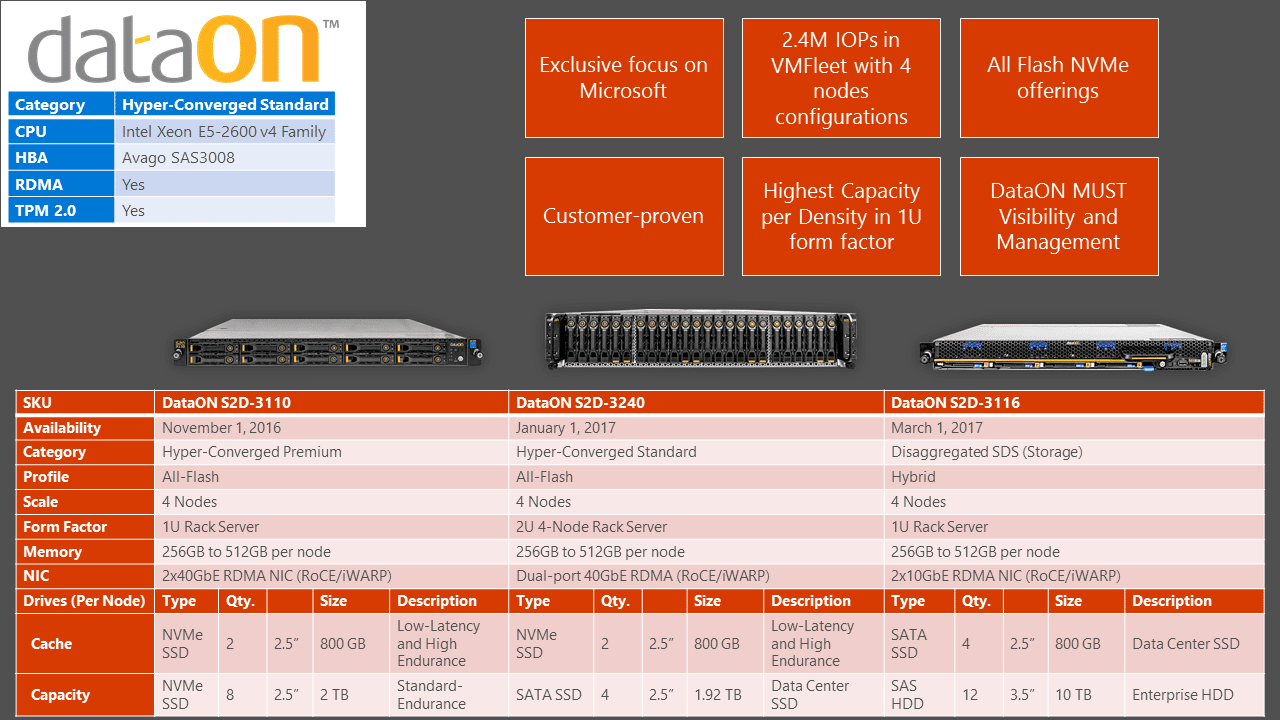 All of our offerings are Microsoft 2016 certified and Microsoft was confident in DataON’s ability that we were included in their “Enterprise-grade Building Blocks for Windows Server 2016 SDDC: Partner Offers” session at Ignite:

Our CIB-9124 is built for and is certified for Windows Server 2016 and offers users a sleek 2 node 2U option that is ready for Storage Replica right out of the box. 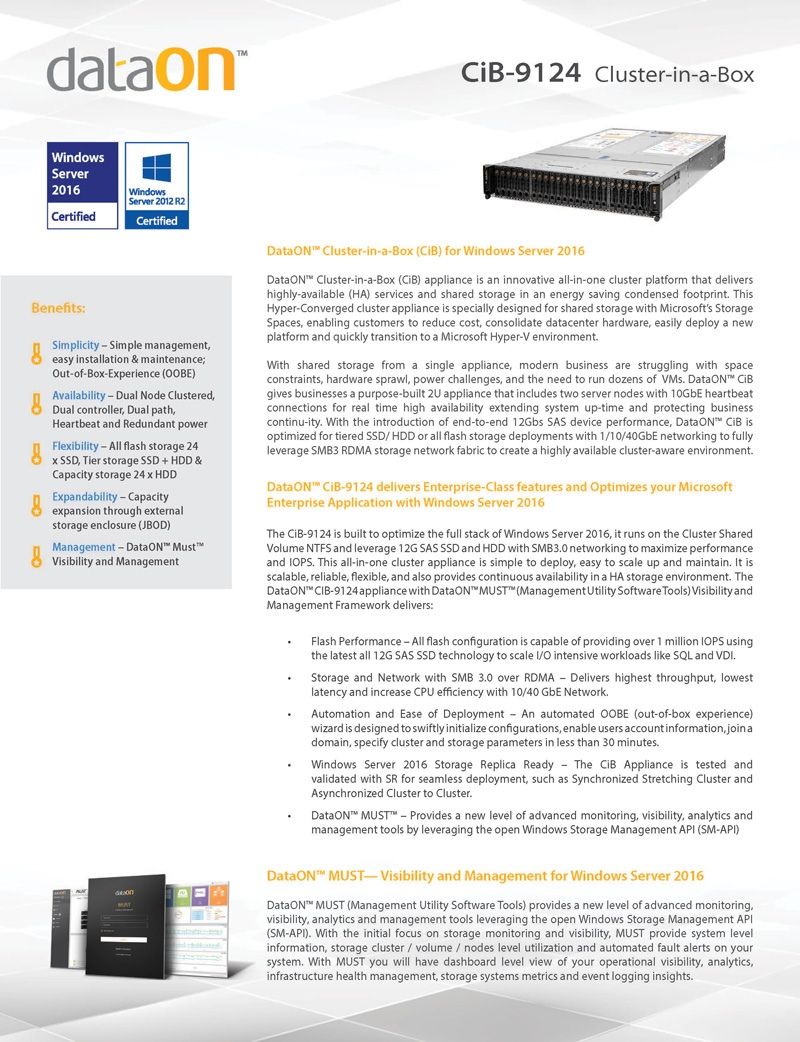 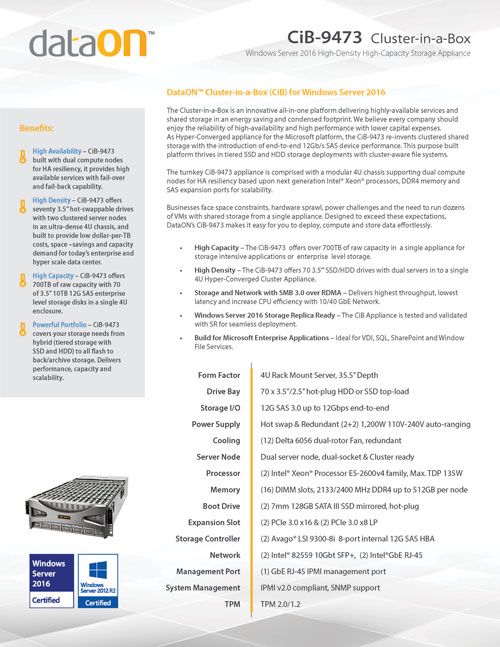 Also on display was the biggest brother in our CIB family, the Windows 2016 certified CIB-9473, a 4U dual node server with 70 bays and 700 TB raw capacity. The CIB-9473 is terrific option for those needing a High-Availability and high capacity solution.

Last but not least, the thing that got us more handshakes, smiles, and slaps on the back, is DataON’s new MUST- Visibility and Management Tools for Windows storage. DataON MUST provides a new level of advanced monitoring, visibility, analytics, and management tools, leveraging the open Windows Storage Management API (SM-API).  DataON’s MUST is a stand-alone management framework which provides three tiers of visibility:

Microsoft was so impressed with MUST, it was included in a session on S2D with tech leaders Claus Jorgenson and Cosmos Darwin, giving the audience a live look:

Those are our highlights from Microsoft Ignite 2016, we can’t wait to share these new products and technology with our customers.