This is an interesting play on Microsoft’s part as not all companies want to or are prohibited, by either corporate governance or government regulation, from running their IT and storing their data on a public cloud such as Azure. Azure Stack HCI presents IT administrators with the same management tools that they use with Azure such as Azure Monitor, Azure Security Center, Azure Update Management, Azure Network Adapter, and Azure Site Recovery. To deliver the HCI components Microsoft uses Hyper-V for its hypervisor and Storage Spaces Direct for its local storage. Azure Stack HCI runs on standard x86 servers and uses commodity hardware components for its storage and computing, which isn’t always the case in HCI environments. 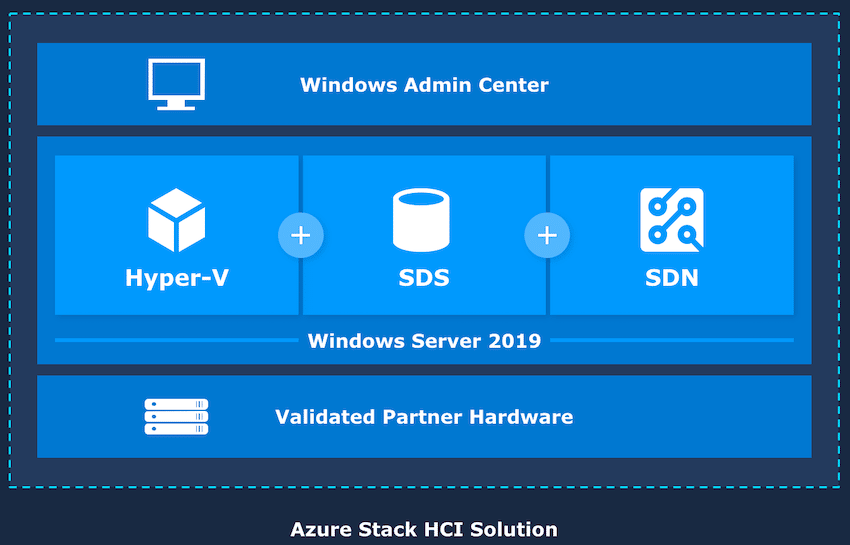 Storage Spaces Direct (S2D) was originally released with Windows Server 2016 Enterprise Edition but then was removed from Windows Server 2016 October 2017 release and then was included back with Windows Server 2019 Enterprise Edition. S2D is used to create a hyperconverged infrastructure where storage is shared among, and can be accessed from all the nodes in a HCI cluster. S2D accomplishes this by allowing the creation of pools of storage, either block- or file-based using the local storage resources on each node in the HCI cluster. This storage pool can be easily expanded by adding more nodes to the cluster. The storage provided by S2D can have different resilience and performance characteristics. To deal with the noisy neighbor problem Microsoft has enabled S2D with a Storage Quality of Service (QoS) feature that ensures that each virtual machine (VM) gets the resources that it needs and prevents the over consumption of resources from any one VM.

Microsoft has ensured the performance of S2D by making S2D part of the Windows operating system and by using the SMB Direct feature of SMB 3.0, which uses RDMA over iWARP or RoCE with 10/40GbE connectivity between the nodes. To ensure data efficiency and data security S2D includes advanced storage features such as dedupe and at-rest encryption. S2D can handle large amounts of data as it allows the creation of storage pools with as much as 400TB of raw capacity per server, as much as 4 petabytes of raw capacity per cluster and allows the creation of up to distinct 64 volumes, each with a maximum size of 64TB.

One of the features of S2D that will be of interest to small businesses and those that use S2D for edge computing is that it can be used in a two-node HCI cluster configuration. Two-node deployments as you can imagine require less investment in gear, compared to solutions that require three or more nodes. It’s also possible to survive two types hardware failures at once, even if one is a complete server failure and the other is a drive failure on the surviving node.

Microsoft has integrated the management of S2D into Windows Admin Center (WAC). WAC is a free on-premises application that is used to manage servers, clusters, hyper-converged infrastructures and Windows 10 computers as well as S2D. The management of S2D using WAC has been simplified with the use of dedicated dashboard for the management and monitoring of Storage Spaces Direct volumes. 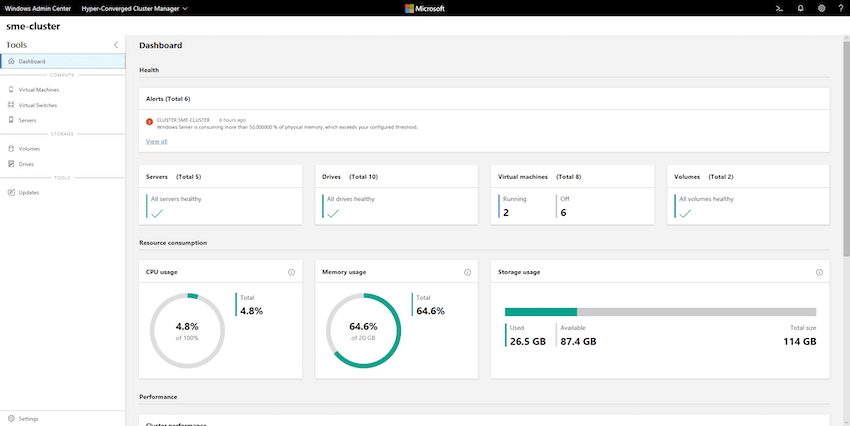 You could hobble together the software and hardware needed to build an Azure Stack HCI solution on your own but by using a solution provider, such as DataON, you avoid the hassle of selecting and assembling the components needed for your solution. Due to DataON’s rich history of working with leading edge technology and their extensive knowledge in this field they can guide you to make sure that you end up with the right solution and acquire a turnkey solution based on Azure Stack HCI that will be guaranteed to work and perform as expected. 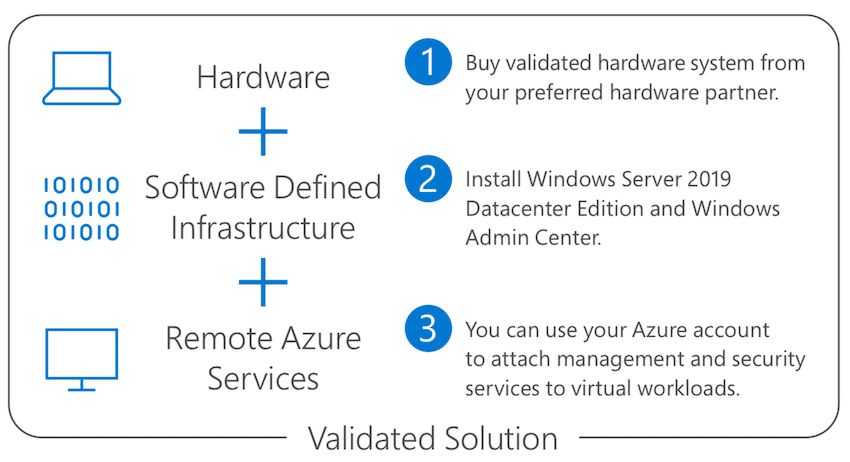 DataON offers additional features that make it unique among Azure Stack HCI solution providers. Foremost is their ability to support all the components that make up your HCI solution as DataON supports both the hardware and the software on their Azure Stack HCI nodes. DataON is exclusively focused on Microsoft solutions so if a difficult situation involving software does arises they have certified Microsoft Azure administrators on staff that have the background and tribal knowledge to deal with them. If a problem requires escalation DataON has built up a relationship over the years with Microsoft that allows them to pull in the Microsoft resources needed to resolve it. On the hardware side as DataON specs out the hardware for their nodes they have intimate knowledge of the components that make up the nodes, and as with Microsoft have built up a relationship with Intel and their other hardware suppliers in the unlikely event that a hardware issues needs to be escalated. 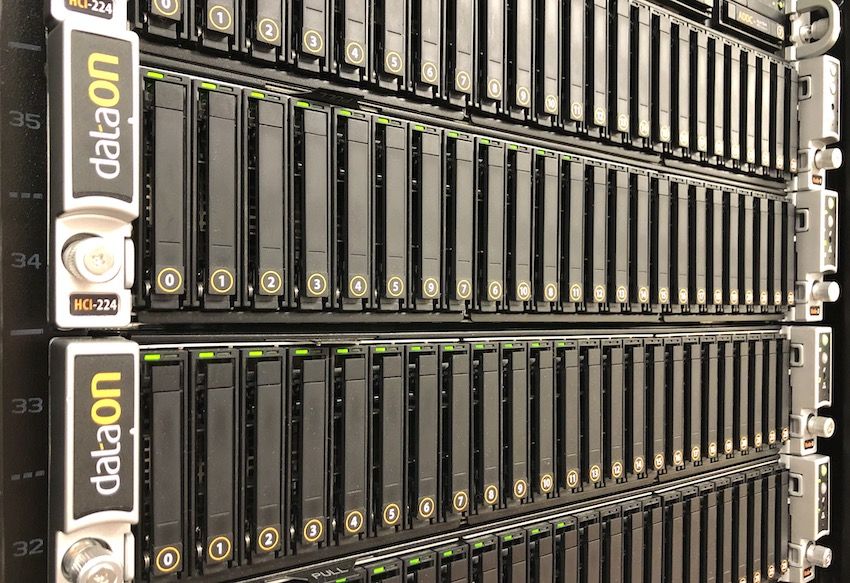 We’re in the process of putting DataON and Microsoft Azure Stack HCI to the test. DataON recently delivered a four-node HCI cluster to our lab for review, complete with Intel Optane SSDs. The all-NVMe HCI-224 solution is designed for enterprises who want the best performance possible out of their Azure HCI investment. Of course, our focus is largely performance-based but not every organization needs the fastest solution available. DataON offers a wide variety of more conservative hardware and as a solution’s focused partner, they can help customers source the right Azure HCI cluster be it two-node hybrid at the edge, or bleeding edge performance using persistent memory and Intel Second Generation Xeon Scalable CPUs in the core.