Intel® 3D NAND drives use multi-level cell (MLC) technology. MLC drives, such as Intel DC P4510 NVMe SSDs, are very popular due to its price point but are limited to 8TB of storage capacity. For workloads that require high capacity or high-density storage like backup and disaster recovery, you might need to use HDDs, and maybe add a JBOD to meet your storage requirements. However, with new quad-level cell (QLC) technology, SSDs like the Intel D5-P4326 SSDs can now support large capacity 15TB and 30TB NVMe drives. 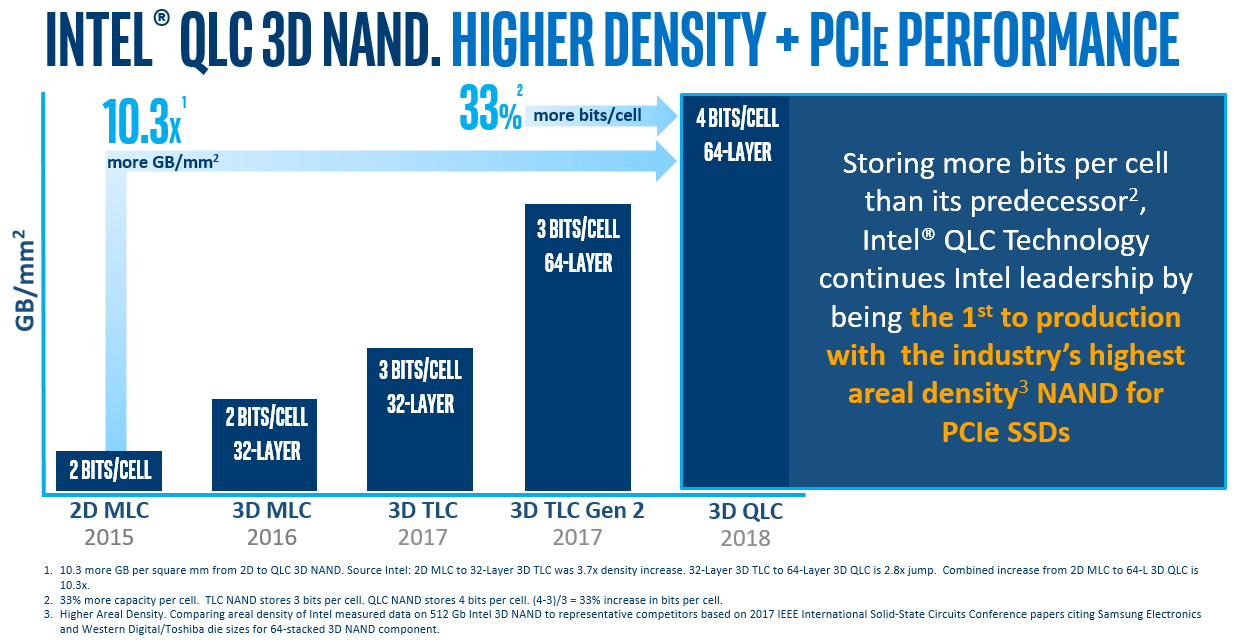 But how do the new QLC SSDs compare with MLC SSDs from a performance perspective? And how do they compare against HDDs?

We tested the following configurations: 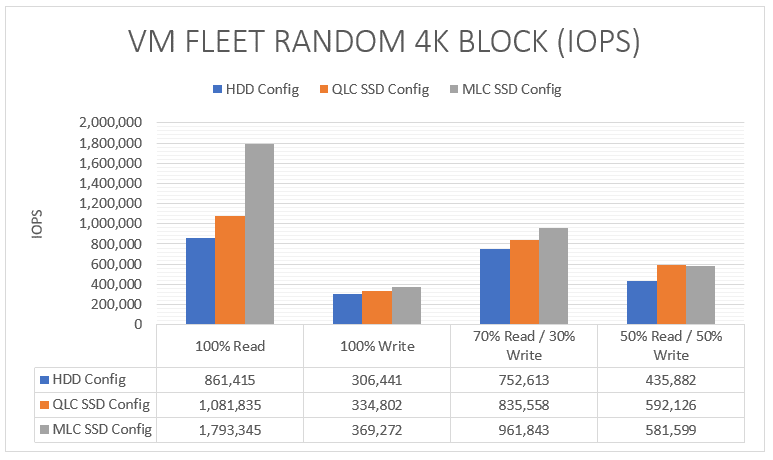 When comparing the MLC SSD config versus the HDD config, the MLC SSD outperformed the HDDs in every test.

Overall, we see the same proportional results as Random 4K Block IOPS tests with only minor variances, with MLC SSDs outperforming QLC SSDs in most tests.

When comparing the MLC SSD config versus the HDD config, the MLC SSD outperformed the HDD in every test. 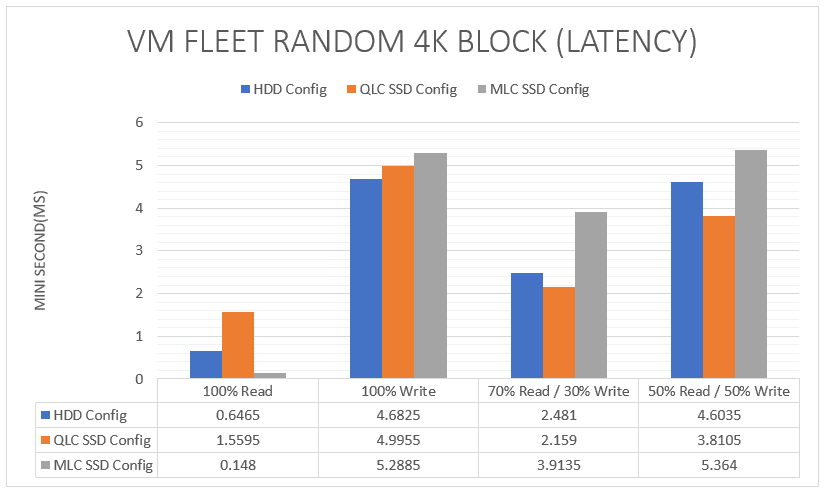 Surprisingly, in the Random 4K Block Latency 100% Read test, the QLC SSD had the highest latency at 1.56ms. 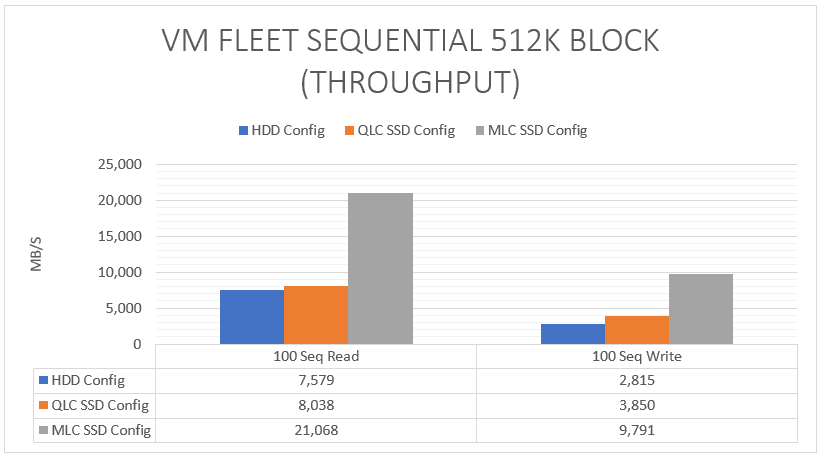 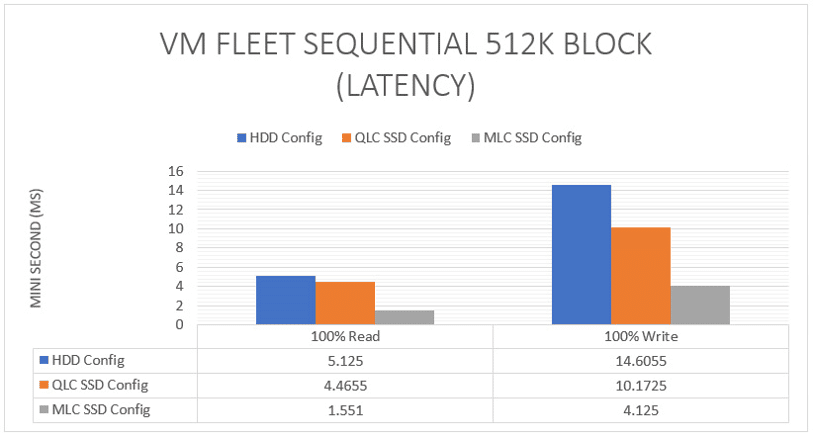 The MLC SSD config outperformed the other configs on both 100% Read and 100% Write tests.

QLC NVMe SSD storage is a good all-flash design option for Azure Stack HCI depending on your workloads and application usage. With QLC SSDs you can get more capacity and possibly eliminate the need to purchase an expansion JBOD for additional storage. This is especially important in backup solutions because write speeds are faster. In addition, the increased storage capacity makes it possible to create more VMs.

When looking at the comparisons between choosing HDD or QLC SSD storage, QLC SSDs are superior in both overall IOPS, throughput and latency, and capacity.

QCL SSD pricing (cost-per-GB) falls in between an HDD and MLC SSDs. If you’re considering a high-density solution that requires higher performance for your workload then Intel QLC SSD storage can be an attractive option.